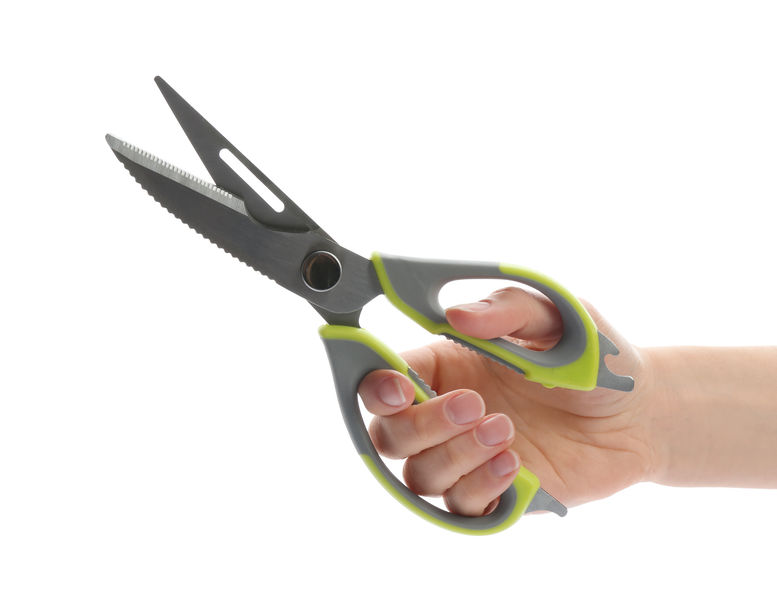 A sharp pair of kitchen scissors always come in handy, especially if you’re not in the mood to use a cutting board. Different sizes of kitchen shears should be at bay when you’re cooking and here are the top – reasons why.

Snip herbs from thyme, rosemary, or basil and mint leaves. You can also cut fresh garlic and get ginger slices. All you have to do is roll up the leaves and snip it with your trusty scissors. It’s a great way to add garnish on your food right before serving it. Also, cutting the herbs is less messy compared to using a knife.

If you’re preparing slippery meat like fish, then scissors will make your meal prep time more relaxed. Start by sticking the tip of the scissors into the belly of the fish near the tail, regardless of the size.

Once you’re in, make sure to cut along the belly to the head of the fish. Remove the head bu snipping it along with the fins. Once you’re done, cut the meat out.

Scissors also come in handy in trimming bacon into smaller pieces. Slippery raw bacon can be difficult to cut with a knife, so shears allow you to get uniform sizes for garnishing. 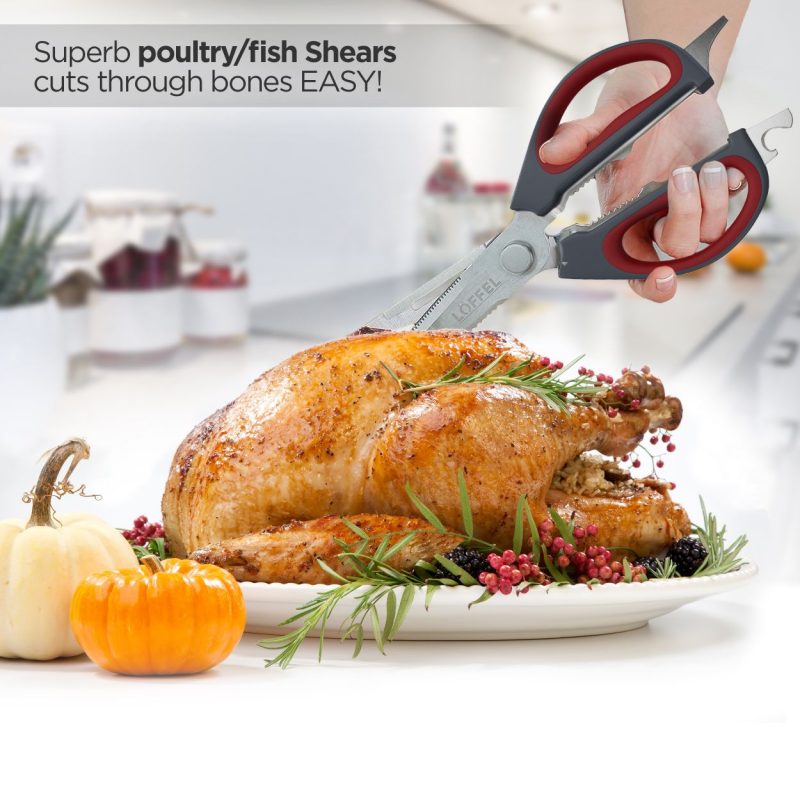 Raw chicken and turkey can also be tricky to breakdown with a knife, so, use scissors to get into those tight spaces, like the joints. Some even consider this safer because you don’t have to worry about the blade slipping.

Use scissors to flatten and split chicken, too. Start by cutting along the side of the chicken’s backbone. Then, remove it using your hands and press it down to flatten it.

Don’t Forget about the Shrimps

You can also make peeling easier by letting lukewarm water run down the shell. While you’re at it, don’t forget to remove the dark vein of the shrimps.

Who haven’t used scissors to cut pasta or tortillas? Well, we sure have, and it makes life in the kitchen easier. For tortillas, you can easily cut strips for soups or triangles for the fresh salsa for dinner.

And don’t get us started with pasta. We love using sharp kitchen shears, especially if you want to cut precise length or sizes. You can also cut your dry noodles with your sharp scissors.

It’s not just for herbs and garnishes because scissors can also be used to chopped canned tomatoes. Avoid the mess by placing the scissors directly inside the can and start snipping those tomatoes.

It’s also a trusted kitchen tool when it comes to chopping dried fruit. Move faster inside the kitchen in a safer way with kitchen shears. Also, remove the roots of vegetables or cut the florets of broccoli more quickly with sharp scissors. Avoid having sticky blades by apply cooking spray on the aluminum.

Use your scissors when baking, too. Get a clean cut when you trim the pastry flat. Snip the edges of your pie dough after laying it flat on the pie tin.

Also, make your bread bit size by trimming it down and removing bread crust. These smaller sizes are great for croutons, stuffing, etc.

Get an easier and faster way around the kitchen with trusted kitchen scissors now!