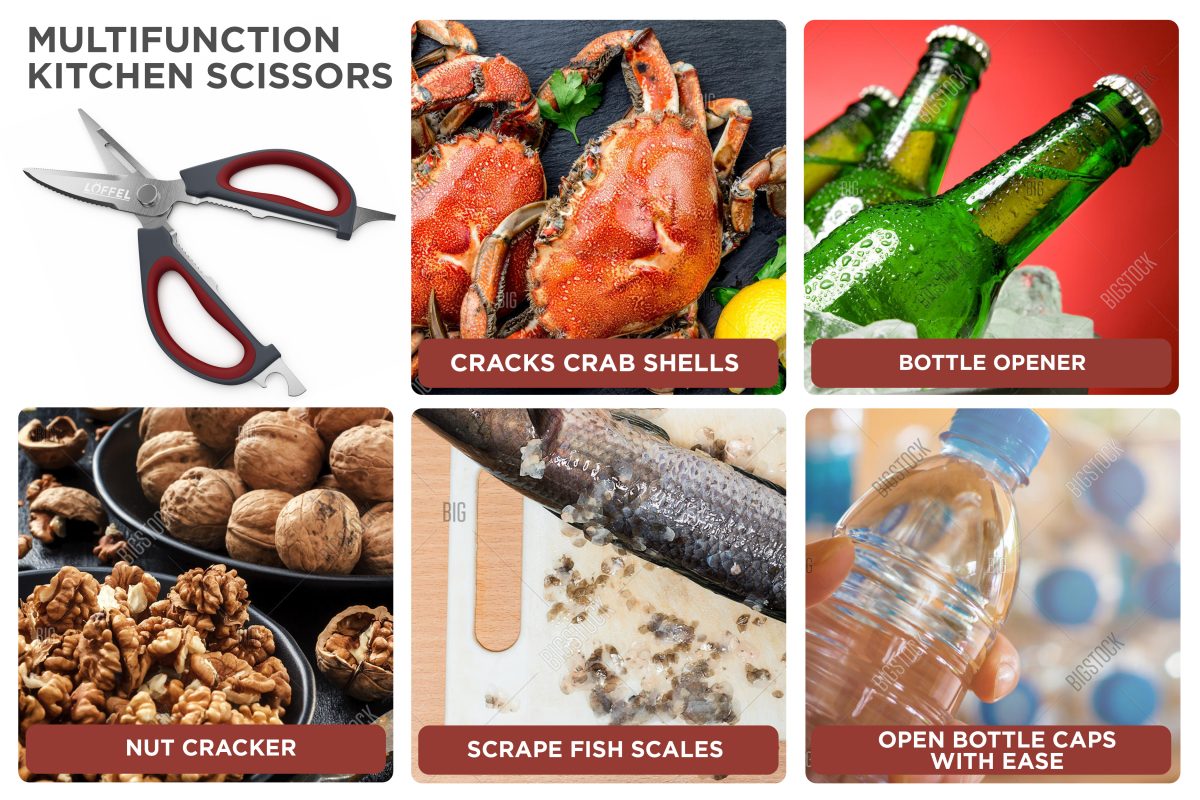 Kitchen shears are an afterthought. They’re seen as something that a kitchen can do without, but that definitely shouldn’t be the case.

From being able to cut pieces of meat, vegetables, and other ingredients, to opening packages and cutting threads, and even opening bottles, a kitchen shear has many uses. Below, we’ll be discussing the various uses of kitchen shears and why you need them in your kitchen.

Cutting food, especially meat like poultry, is one of the most common uses that come to mind when thinking of kitchen shears. It’s easier to cut open a chicken, a turkey, or a bird using a pair of shears compared to using a knife. Even professionals won’t deny this.

Cutting through joints, removing the backbone, and accurately cutting the skin of the poultry so that it stays intact is something a kitchen shear is capable of. Cutting through vegetables and fruits or even taking cuttings from your garden of fresh herbs is also made convenient by a kitchen shear. Deveining a shrimp and cutting crunchy food can also be done easily with shears.

Of course, it’s a given that kitchen shears can open packages and cut threads loose. What isn’t said a lot is that a lot of injuries occur when using knives for purposes they’re not designed for. If you’re struggling with cutting open a packaging that’s tied, if you were to run through it with your paring knife, it might be possible, but it’s not the safest option.

You’re likely to puncture the package or its content, or if you’re cutting away from the package, you’re more likely to hit yourself with a knife. Shear, on the other hand, simply just needs you to push two fingers together without the sharp edge of the blades facing you at all.

This might not seem obvious, but the ridges in between the handles of kitchen shears aren’t there for design purposes only. Those ridges can be used to open tightly sealed jars that are relatively hard to grip. With the right leverage, a jar—as long as the shears fit—will definitely be easier to open.

The same goes for opening bottles. Instead of using a spoon that will probably injure you, or instead of looking for a bottle opener that literally has no other use than opening bottles, you can use a kitchen shear with a feature that’s designed specifically for that.

Sure, you can do this with a knife or a screwdriver if you have one around, but when you’re left to choose between using an extremely sharp blade and the blunt end of a shear’s handles, you’re safer with the latter. Most all-in-one kitchen shears have an accessory in one of the handles that can be used as a screwdriver.

What’s often used as a can opener has a blunt end that you can use to open both flathead and star screws. With the way it’s designed, the sharp edge of the scissors will be facing you, but you’ll have better control with it compared to a knife that might end up slipping and injuring you. It’s an afterthought purpose, but still definitely handy. 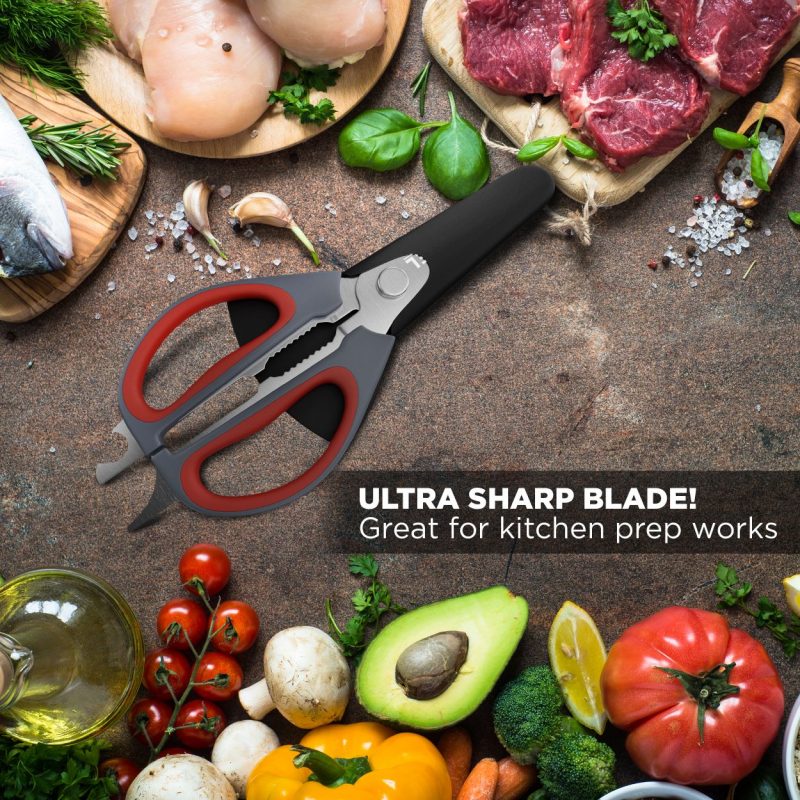 After all, is said and done, we hope we’ve convinced you that kitchen shears are essential and not just an afterthought. It’s an important tool to have in the kitchen, especially if you want a tool that serves multiple purposes without taking up space.