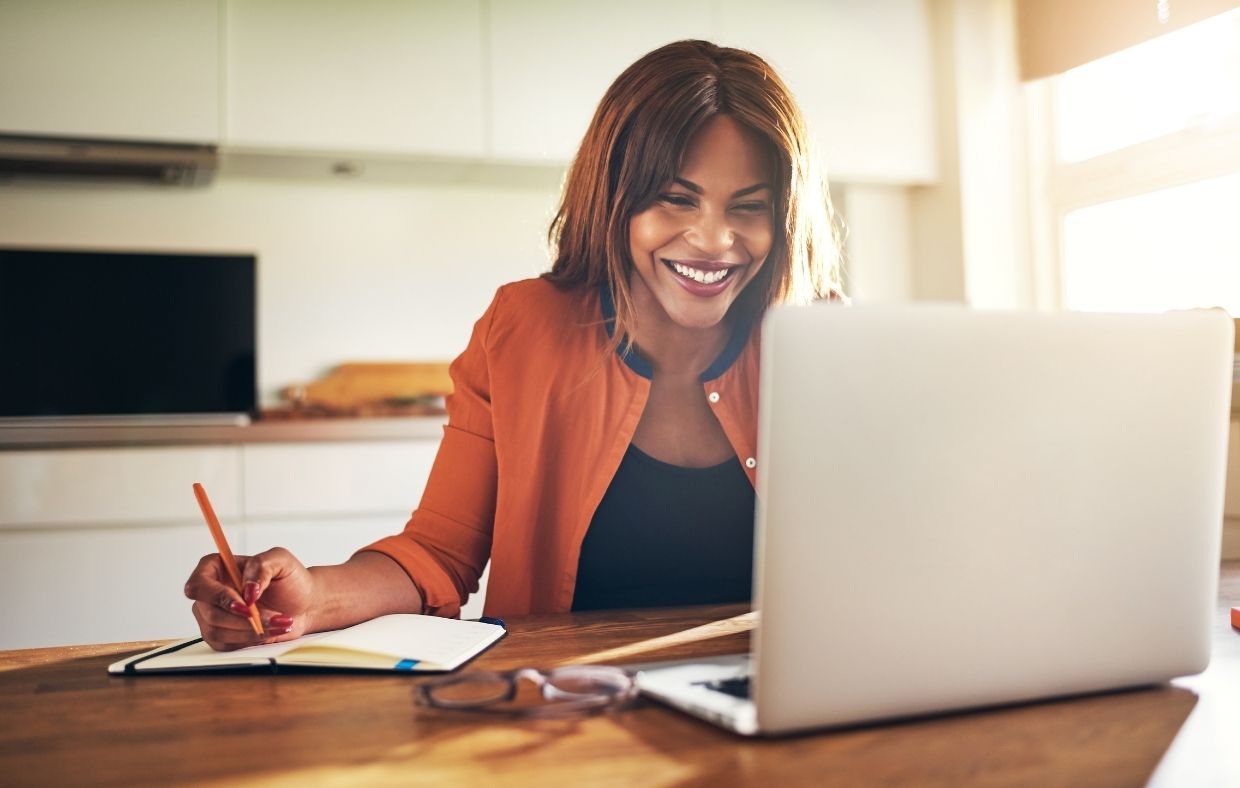 A modern kitchen is no longer just a simple place where you prepare meals and cook food. It can also be a place where people eat, work, and do other productive things.

Kitchen? Office? These are two words that seem to be worlds apart, but they’re not. With the kitchen being the place where most activities happen, having an office as a workstation makes things so much easier. Especially since people are now starting to work from home, the convenience is undeniable. Attend meetings and calls, play music from your computer, and even look up recipes right on the spot.

For office kitchens, plain neutral colors like wood finishes or darker matte finishes work great at blending them in with the rest of the kitchen.

The tiny desk is an integral part of the modern kitchen. It’s usually placed between a cabinet area and a large appliance, maybe a wine cooler or a fridge. It’s just enough room for a computer to look up recipes, plans, menus, or tutorials.

This type of desk is relatively smaller than the kitchen office as it is just sandwiched in between two spots instead of getting a corner of its own. Tiny desks usually have cabinets underneath them to maximize space usage, and they’ll often be painted to match the colors of the cabinets and drawers beside them. Again, neutral colors are essential not to stand out.

Want to maximize space in the kitchen while still making it seem like there’s extra space? Floating shelves will do that trick for you. They’re sturdy enough to keep a monitor or a laptop, but they’re also great at keeping those old recipe books your grandmother has you only use for aesthetic purposes.

It’s incredible just how much utility floating shelves provide. They can still serve the same purposes as tiny desks or fully covered cabinets, but they have space between them. It’s easier to open shelves, and it also definitely helps with the atmosphere.

Moving workstations are often only used in industrial kitchens and restaurants, but there’s a reason why they use them. They’re cheaper compared to large cabinets. Also, these are lighter and easier to work with, and they’re moveable, so you can work from virtually anywhere in the kitchen and bring them closer to you.

There are so many options for moveable workstations, but most people prefer ones with wheels so they can drag them around without having to worry about the floor getting scratches.

This chalkboard wall is one of the most incredible and most creative options for workstations out there. No matter what kind of workstation you have, even if it barely counts as one, adding a whole chalkboard allows you to add so much character to your kitchen.

They’re great with almost any kind of kitchen design as they’re neutral. It can fit in with most plans, but they’re also very convenient for when you need to write grocery lists, schedules, or the menu for the day. Just make sure you don’t throw around your chalk because we wouldn’t want those in our food.

Kitchens have far surpassed the notion that they’re only made for people to cook in and prepare meals. The workstation is an excellent part of the kitchen, and when done right, it makes the rest of the kitchen so much better. Don’t be afraid to take the creative liberty and try things you want when designing.